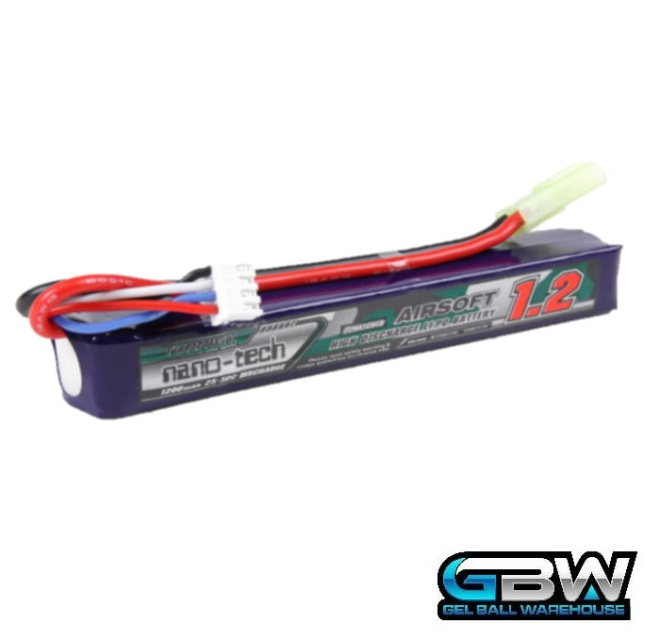 ﻿*The length of balance charging wire may vary

Sold out
Add to Cart
​When it comes to putting rounds down range, no one wants to compromise on fire power! Thats why the legendary Turnigy nano-tech batteries are now available for GelSoft Gel Blaster combat. Higher motor RPM, less voltage sag and extended operating times equal better performance from your Gel Blaster of choice.
The nano-tech Airsoft series also feature 5C charge ratings putting you back on the front line faster!
Get an unfair advantage and make sure your opponents know that they have been taken out by nano-tech!
The nano-core technology in lithium ion batteries is the application of nanometer conductive additives.
1) The nanometer conductive additives form ultrastrong electron-conducting networks in the electrodes which can increase electronic conductivity.
2) These additives create a superstrong ability for inhibition in the carrier liquid to supply more ion channels. This improves the ability of ion transmission and ion diffusion.Through improving electronic conductivity and ion transmission, the impedance is reduced and the polarization of high rate discharge decreases greatly.
UA-151493845-1