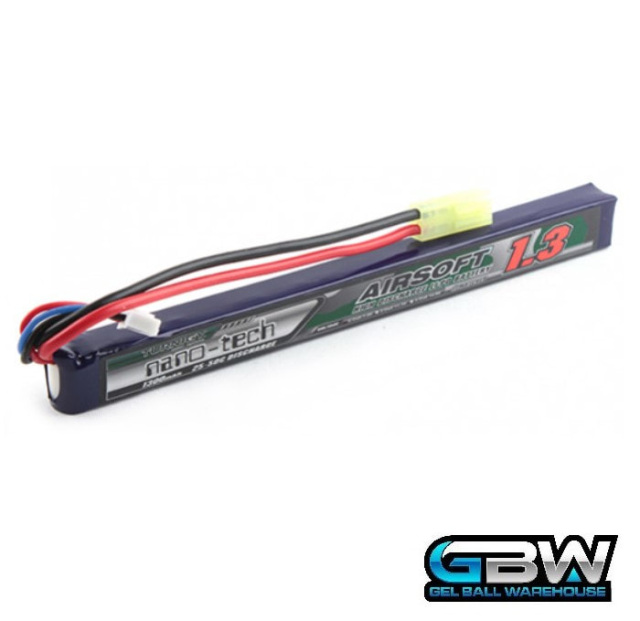 3 available
Add to Cart
​Get an unfair advantage with Turnigy Nano-tech Airsoft Packs!
On the battlefield, no one wants to compromise on fire power! That's why the legendary Turnigy nano-tech batteries are available as a drop-in replacement pack for an upgrade in firepower.
Turnigy Nano-tech Airsoft batteries are superior to the standard NiMH batteries offering faster charge rates and higher voltages. In short, the first thing your opponent will notice is sustained rapid fire pinning him down.
It's clear why Turnigy Nano-techs are the go to pack for anyone who is serious about Gelsoft.
The nano-core technology in lithium ion batteries is the application of nanometer conductive additives. The nanometer conductive additives form ultra-strong electron-conducting networks in the electrodes which can increase electronic conductivity.
These additives create the ability for imbibition in the carrier liquid to supply more ion channels.This improves the ability of ion transmission and ion diffusion. Through improving electronic conductivity and ion transmission, the impedance is reduced and the polarization of high rate discharge decreases greatly.
UA-151493845-1